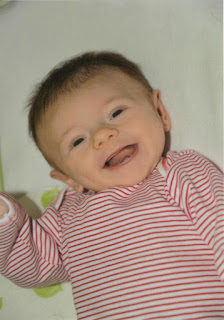 Posted by thebattlebookblogger at 2:55 PM No comments: 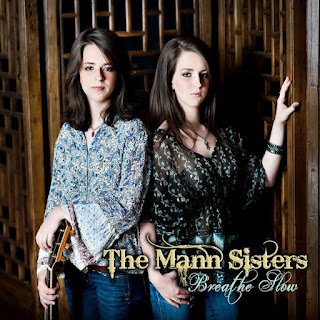 Cousins Alexandra and Lauren Mann, twins and daughters of Zachary Lee Mann,  are music performers and composers in group knows as The Mann Sisters and are making recordings in Nashville, TN.  Follow them on their web site, http://themannsisters.com/.

Also, listen to their recordings on YouTube.com
Posted by thebattlebookblogger at 2:53 PM No comments:

ESPN contacted Staats on Monday and did a follow-up interview with him after winning the ESPN NCAA Coolest Name Contest seven weeks ago.

A few people had asked if he won anything? ESPN sent him a nice plaque with his name on it.

Here is his interview and picture with ESPN plaque that was posted on ESPN.com yesterday:
http://espn.go.com/blog/playbook/fandom/post/_/id/2849/n-c-states-staats-battle-living-the-dream

Thank you for voting!
Posted by TheBattleBookBlogger at 10:41 AM No comments:

The 2012 Battle Reunion was a great success.

Many thanks to everyone that helped.
- to Gordon, George, and Frank for the endless hours of organizing.
- to Rev. Scott White for the service at Old Town Cemetery.
- to Chris and Kathy Wilson for hosting 80 Battles to a special lunch at Old Town.
- to the Bosemans for the open house at the newly rebuild version of Cool Spring (James S Battle would be amazed.)
- to the Bosemans for the sweet potatoes.
- for the guided tours at the Blount Bridgers house
- to Anne and her family for the Tea at Lone Pine (The hor dourves were delicious)
- to Richard and Stephen for "volunteering" to be the Cemetery Trustees.
- to Carol and Kathryn for being the official photographers.  (I hope to post pictures on thebattlebook.com by May 10.)
- to all the cousins and friends that participated from England, California, Arizona, Minnesota, New York, Florida, Virginia, DC, and all over NC
- to the weatherman for no rain (a little sun would have been nice.)

If you missed this reunion, please come next time.  If you are a descendant of James Smith Battle and didn't get an invitation, please send your contact information to thebattlebook@gmail.com. 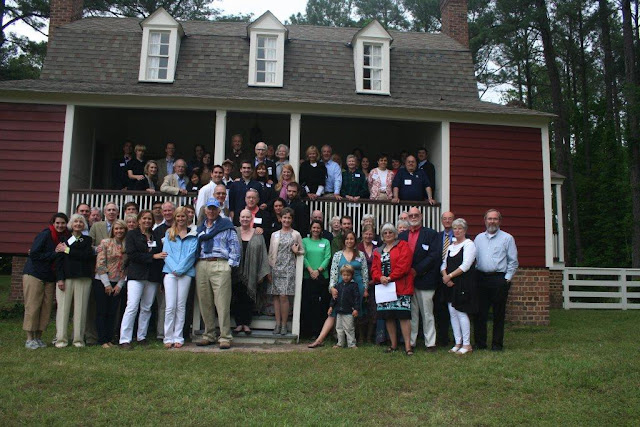 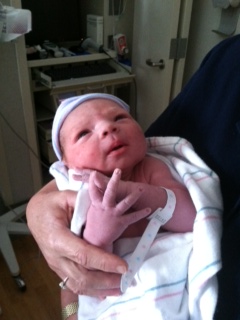 Posted by thebattlebookblogger at 7:22 AM No comments:

Provenance: It is believed that the house was built for planter Jacob Battle, who married Penelope Edwards in 1785. | Architectural Note: The house typifies houses built for the eighteenth-century planter class in Eastern North Carolina. It has a hall-parlor plan, with double front doors allowing separate access to the hall and parlor.The front porch also has small enclossed rooms, often called "preacher rooms," at each end only accessible from the porch, a feature common to this part of the state. | Historical Note: The house was originally dated to 1742, but, based on new dendrochronology, it is now believed to have been built in 1786. Old Town Plantation was restored in the 1980s and is listed on the National Register of Historic Places. 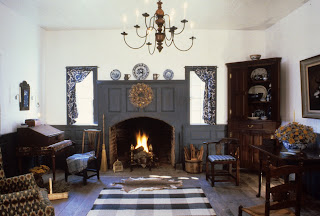 Posted by TheBattleBookBlogger at 12:25 PM No comments:

Learn about the Benjamin Battle house at Rocky Mount Mills.  Battle was the son of Rocky Mount Mills founder Joel Battle, and the home remains part of the mill ensemble, housing the company offices. 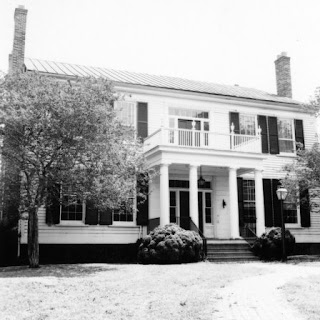 SHANNON, DR. LARRY ROBERT Dr. Larry Robert Shannon, age 79, passed away peacefully after a courageous six year battle with Alzheimer's. He was born the son of Helen and Paul Shannon in Youngstown, OH.
He was preceded in death by his parents and his beloved brother Joel Arlington Shannon.
He is survived by his wife of 26 years, Dr. Mildred E. Howell of Birmingham, AL, his brother David Pine Shannon (Patsy) of Palm Coast, FL, his sister Kathleen Shannon Gardner (Donald) of Savannah, GA and his children: son Paul Robert Shannon (Monica) of Raleigh, NC, daughter Dr. Martha Shannon Tonge (Andrew) of Jefferson, GA, son Thomas Battle Shannon (Jeanne) of Rocky Mount, NC, son Isak Jordan Howell (Christine) of Lewisburg, WV, and son Dr. Lucius Alexander Howell (Sarah) of New Orleans, LA; his niece Claire, his nephew Jory; and ten grandchildren: Battle, George, Tan, T.J., Elsa, Drew, Ellie, Ivy, Junius, & Lucius II.
Larry graduated high school from Sewanee Military Academy In 1951 where he was varsity team captain of the football and swim teams. He received an athletic scholarship in swimming to The University of North Carolina at Chapel Hill where he was a member of Phi Delta Theta fraternity and a four year letterman in swimming. Graduating in 1955 with a degree in history, he served two years in the US Army during the Korean War before returning to Birmingham in 1959.
Larry graduated from The University of Alabama School of Dentistry in Birmingham and became board certified in Pediatric Dentistry before opening his dental practice in Vestavia Hills, AL. While in dental school, he coached swimming at many clubs across Birmingham and was never far from a pool or practice. Because he loved what he did, Larry "never worked a day" while treating thousands of children in his 35 years of dental practice. He retired from his dental practice in 2000 and relocated to a busy life at Pensacola Beach, FL where he entertained his many friends and abundant family.
Larry was an early member of The Church of the Ascension in Vestavia Hills, AL. His efforts helped build the foundation for a thriving congregation, day school, and outreach programs.
He also enjoyed a lifelong enjoyment of sailing. He was a charter member of the Birmingham Sailing Club on Lake Logan Martin where his enthusiasm helped build the competitive, yet friendly, environment that exists today. He pursued his interest in sailing by competing at the national level in several classes of sailboat. His sailing legacy is carried on by the many people he introduced to the sport. He continued his swimming career late into his life through the US Masters Swimming program where he "could be young again every five years". He participated in several Swimming World Championships in exotic international locations.
He loved his family and continually sought out reasons for them to spend time together - usually enjoying the outdoors by scuba diving, rafting and touring the country in THE Brown Van. Most of all, Larry will be remembered by all who knew him as a kind and gentle man. He was generous with his knowledge, his time and his approval. His extraordinary ability to make and maintain lifelong friends made Larry special to many people around the world. To meet Larry, was to love Larry.
A memorial to Larry's life will be held on Sunday, April 29 at 3:00 in the Chapel at Independent Presbyterian Church. In lieu of flowers, contributions to the Junior Sailing Program at Birmingham Sailing Club (www.birminghamsailingclub.org) would be appreciated by the family. >

Published in The Birmingham News from April 25 to April 27, 2012
Posted by TheBattleBookBlogger at 10:59 AM No comments:

The visitation will follow at the home, 3415 London Church Rd, Elm City.


He was born in Wilson, September 7, 1923 and was preceded in death by his wife, Laura Battle Winstead and parents, E.Clarence and Anne Gill Winstead.

He was a graduate of The University of the South, Sewanee, TN with a BA (Optime Merens), where he was a member of Kappa Sigma Fraternity; he also studied in a graduate program at Johns Hopkins University, Baltimore, MD. For two years he was Administrative Assistant to Superintendent of Charleston, SC, County Schools before returning to Wilson to be head of purchasing department at Eastern NC Sanatorium for 20 years. He later transferred to Eastern NC School for the Deaf to be Administrative Officer for grants and programs. E.C. was a World War II Army Veteran, serving in England, France and Germany.

E.C. was a member of St. Timothy’s Episcopal Church where he served as lay reader, lay communicant, and member of the Vestry. He was active in the NC Alliance for the Mentally Ill and was an honorary member of the Poetry Society of South Carolina.